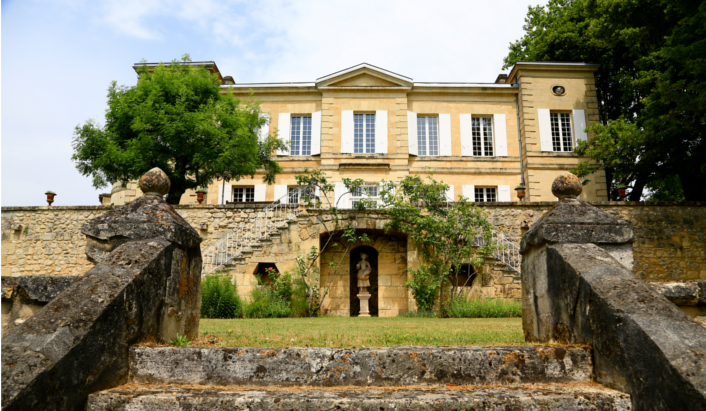 Château Lamothe's foundations date back to the 16th century. Its renovation in the 19th century transformed the building into a charming residence whose facade is pictured on the label. Located in the commune of Haux, on top of a clay-limestone slope in the heart of the Bordeaux wine country, this estate has been devoted to winegrowing from the very beginning, and has belonged to the same family for 4 generations (as of 1956). The 80 hectares of vineyards, including those of neighbouring Château Manos, purchased in1991, are managed by Anne Néel and her children, Maria & Damien Chombart.

As time went on, the owners of Lamothe expanded their vineyard holdings, renovated impressive underground galleries and turned them into cellars, and achieved a fine international reputation for their wines thanks to dynamic marketing both in France and abroad.